Licorice comes in so many shapes, sizes, and textures. Dutch, Finnish, Australian; licorice ropes, twists, coins, and novelty shapes like dogs, cats, and pretzels - where do you even start? Then there's black licorice, red licorice, salty, and sour licorice. What's the difference? Is red licorice even really "licorice" at all?

So many questions! Let's take a look at the types of licorice available and learn more about them in detail. Then you'll be able to pinpoint which type of licorice was your dad's favorite or was in grandma's candy dish. Or, if licorice candies are new to you, you'll have a better idea of what type to try first! 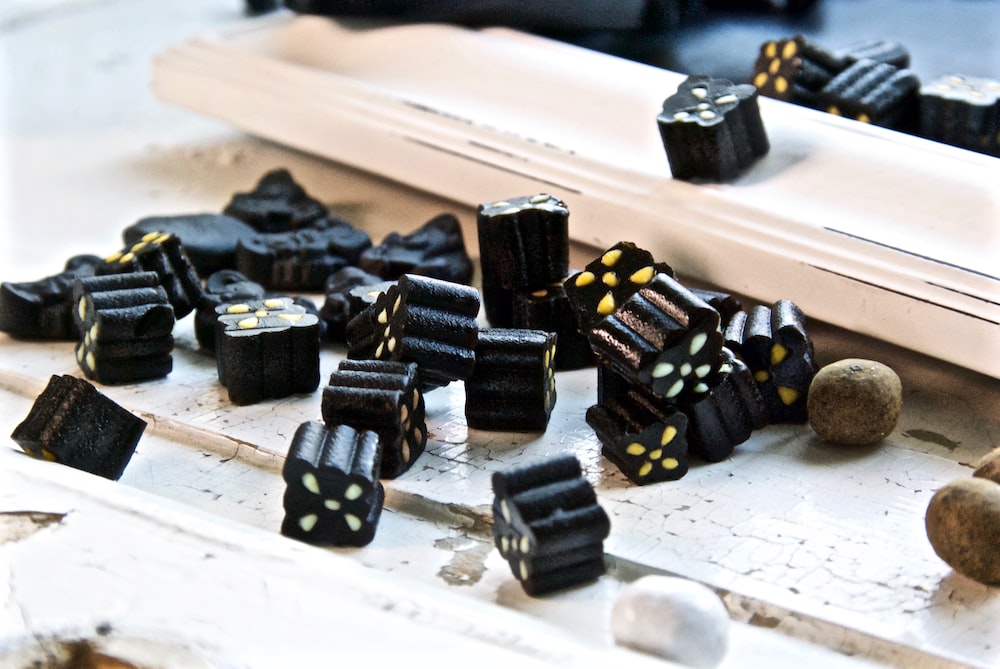 What is licorice made of? To be truly traditional, licorice must contain glycyrrhizin, the compound that makes licorice root taste sweet. Other ingredients in traditional black licorice, in addition to the flavoring, include sugar and a binder, usually some kind of starch or flour, but sometimes gum arabic or gelatin are used instead of or in combination with flour. Sometimes molasses is used to enhance the licorice flavor, while beeswax is used in some varieties to create a shinier candy surface.

Is red licorice really licorice? In a word, no. The treat referred to as red licorice in the United States is a chewy candy made with a similar process as traditional licorice but without any licorice root or anise flavorings.

Red licorice comes in most of the same shapes as black licorice. The main differences between traditional licorice and red licorice candies are the color and the flavorings, which are usually strawberry but can also be cherry, raspberry, or cinnamon. Many red licorice items use a combination of natural and artificial flavorings. 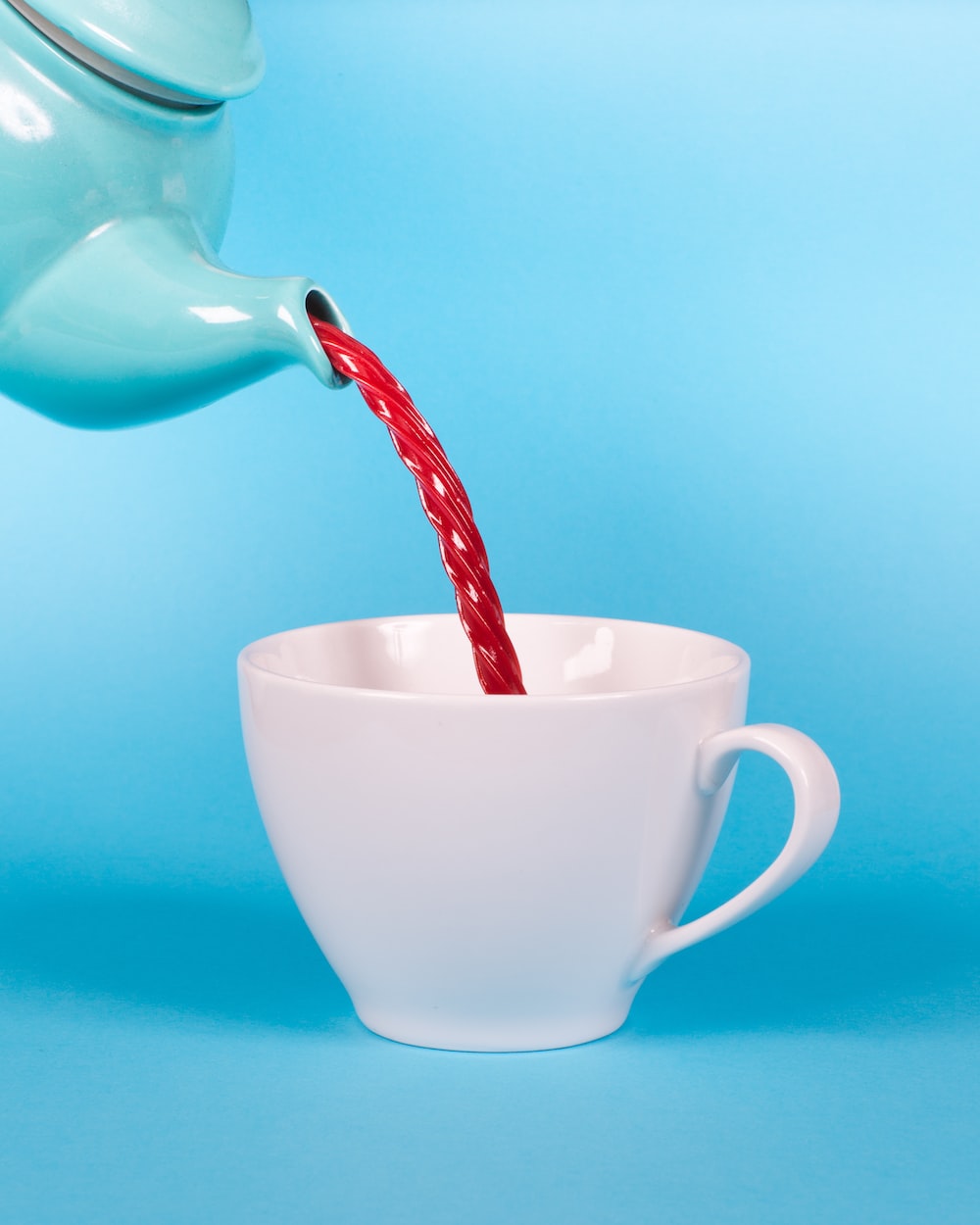 Similar treats now come in more flavors and colors like green apple, mango, and watermelon, just to name a few. These confections are often called licorice, but they wouldn't be known as "red licorice" since that is both about color as well as its fruity flavor.

You might think that you can pick up these twists anywhere, but savor the difference between those dime-a-dozen drugstore twists and our gourmet Finnish Red. The firm chew and succulent strawberry flavor are totally worth every penny. Don't hold back - try some of our Red Scotties too! These adorable pups have a juicy strawberry taste perfect for sharing.

Black and red licorice candy is familiar to most people in North America, Australia, and Europe. For people in the United States, though, salty licorice may be something completely new. What is it?

Salty licorice, refered to as salmiaklakrits or saltlakrits in Swedish or salmiaklakrids or saltlakrids in Dutch. In German, this confection is commonly known as salzlakritz, and in Finland, it's called salmiakki. You can also simply call it "salmiak" in any of these countries, and people would know what you wanted.

This Dutch and Scandinavian licorice is flavored with licorice root-like regular sweet licorice and made with the same ingredients with one exception. Salty licorice contains ammonium chloride (also called sal ammoniac) to give it a salty flavor.

The strength of both the saltiness and the associated astringency depends on the concentration of ammonium chloride in the confection - up to 8% depending on the brand and its country of origin. Extra salty licorice has a coating of salmiak salt or powder - and sometimes table salt, sodium chloride.

Salty licorice candies are typically black or very dark brown and come in a variety of shapes and textures. It's also used to flavor a variety of other treats like ice cream, chewing gum - and even alcoholic beverages.

Here at Licorice.com, though, we offer a variety of salted licorice for all palates. If you're new to salty licorice, try our Honey Bees. Sweetened with honey, this candy has just a little kick of salt at the end. For a more intense saltiness, try our Farm Salted Assortment and if you really love salty licorice (or want to test your epicurean palate), try our Salties with dubble zout or double salt.

Sour licorice is a newcomer in comparison to the black, fruit-flavored, and salty licorice varieties. Candy manufacturers started making this tart and sweetly tangy candy treat in the 1990s. Like other fruit-flavored licorice, sour licorice does not contain any licorice root or anise flavorings, though it is usually not as sweet as red licorice.

Sour licorice comes in just as many shapes as other types of licorice: laces, bricks, and twists. Many of these confections are sweetened with corn syrup instead of, or in addition to sugar. If you're looking for the best sour licorice, try our Sweet n' Sour Petites or Sarah's Favorite. Both have bold fruity flavors and the sour tang you're looking for!

Choosing the Best Licorice for You 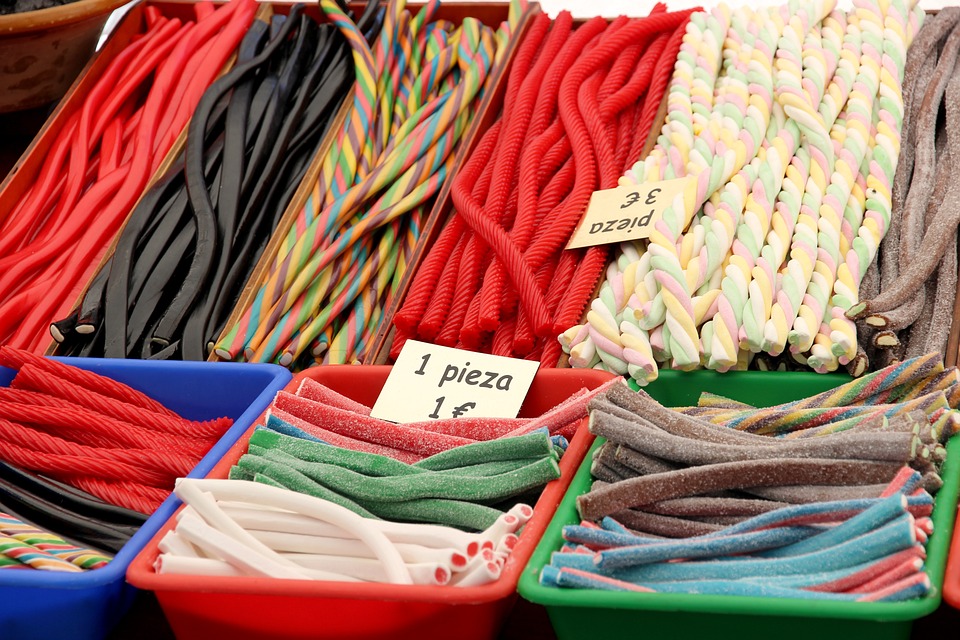 Knowing more about the types of licorice can help you make your selection with confidence. We're proud to offer a variety of types, textures, and flavors of licorice from all around the world. Hopefully, this overview gives you insight into the types of licorice that you remember from your childhood. If you still have questions, though, feel free to read our FAQ and contact us. We're happy to help!